Two shrines – dedicated to the Sacred Heart of Jesus and the Virgin and Child are – contain features from nature that are full of symbolism.

The Virgin and Child Shrine (left) has images of white lilies and roses on its pedestal, signifying purity, virginity and rebirth. The lily also appears as the stylised Fleur de Lis, made up of three lily petals, in the tiling in front of the shrine..

The Sacred Heart Shrine, meanwhile, incorporates a marble panel with a heart surrounded by the crown of thorns the Roman soldiers thrust onto Jesus’ head before his crucifixion. Both are also surrounded by stylised flowers.

Pause also to look at the window in the North Transept, where the third panel shows St Elizabeth of Hungary carrying flowers in her robe.

According to legend, whilst she was taking bread to the poor in secret, Elizabeth met her husband Ludwig on a hunting party.

Some of the gentry believed Elizabeth to be stealing treasure from the castle, so Ludwig – who supported her charitable work – asked her to reveal what was hidden under her cloak.

Instead of the bread, all that could be seen was a vision of white and red roses. 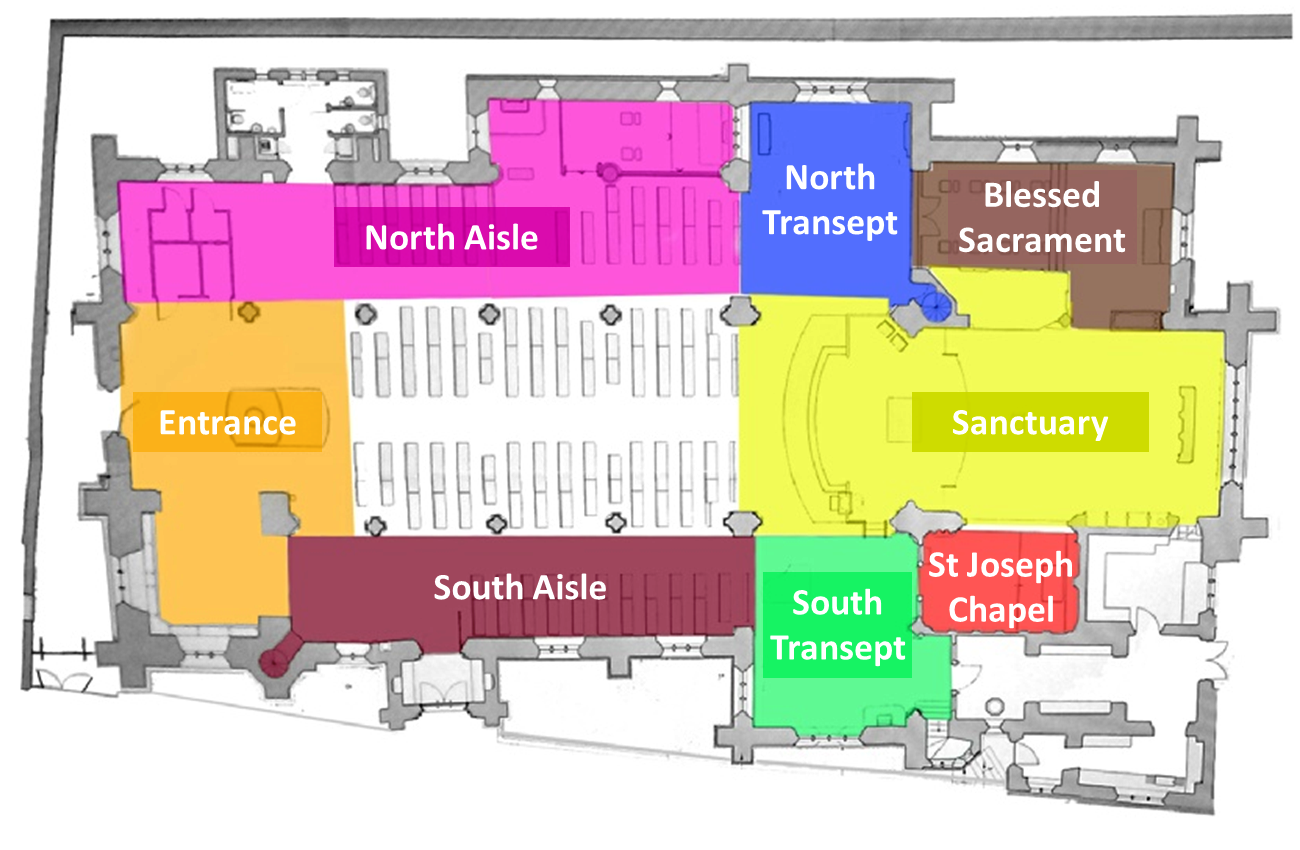